Did you know these books were written about you? 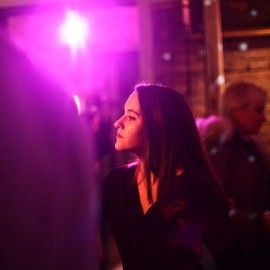 There is no such thing as an ordinary woman, but not all of them can change the world. You are one of the few who are both smart enough and strong enough not only to make a difference for themselves but for others as well. You are young, beautiful, kind, empathetic, and you make the world a better place for your members. You inspire them, as well as the people around you, and you are the living proof that a woman doesn't need a man to take care of her. You started early, you've reached the top, and the merits are entirely yours.

You know who else did it? Nina Markova, Forugh Farrokhzad, Alva Smith, and Lorena Hickok, to name only a few. If you don't know who they are, you don't have to feel ashamed, you will find out soon. They are some of the strongest women in history, but they have another thing in common: they are the main characters in some of the best selling books of recent years. In the following, we will present only a few of them, and you will choose which to "devour" first and who do you resemble the most. Enjoy your reading!

A Well-Behaved Woman, by Therese Anne Fowler. This book tells the story of Alva Smith, a woman who continually outdoes herself and eventually wins the respect she is entitled to. In her journey, she exudes power and confidence, as every strong woman should.

White Houses, by Amy Bloom. This is the true and almost unbelievable story of the love affair between journalist Lorena Hickok and First Lady Eleanor Roosevelt. The unique bond between the two strong women transcends everything and lasts for years.

Song of a Captive Bird, by Jasmin Darznik. The "captive bird" in this novel is no other than Iranian poet Forugh Farrokhzad, who was married by force by her parents, to tame her rebellious heart. However, as time would tell, she could not be tamed, but she used her spirit for noble and great purposes.

The Huntress, by Kate Quinn. This captivating novel tells the story of Russian pilot Nina Markova, who teams up with British journalist Ian Graham to search for an elusive Nazi war criminal. There is only one way to find out if they caught him: by reading this classic Kate Quinn masterpiece.

I Was Anastasia, by Ariel Lawhon. Two years after the family of the Russian Grand Duchess Anastasia Romanov is executed by the Bolshevik police, a young woman is found in Berlin. She claims to be Anastasia herself, but is it true? Yet again, there is only one way to find out!

My Dear Hamilton, by Stephanie Dray and Laura Kamoie. Although the title of this book contains the name of a man, Founding Father Alexander Hamilton, the main character is a woman, his wife, Eliza Schuyler. The collection of letters she wrote reveals a strong and self-confident woman, who left an impressive legacy for humanity.
Autor: Studio20.live 04.12.2020 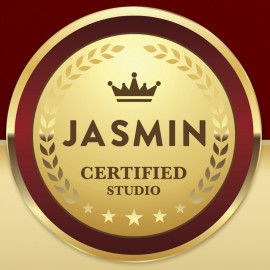 ​Where can you find the best cam jobs in Los Angeles?