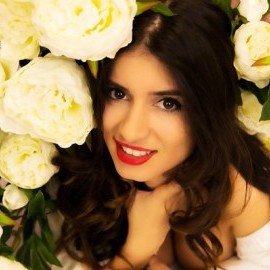 I met Devious Angel I met right where she operates. She’s a student at the Faculty of Law, fluent in four languages and this year wants to enroll in the Faculty of Psychology. She’s an innocent face with a soul matured prematurely. "I started working here a year ago when a friend told me what she does and how big is her income. I told myself that it’s worth to see what this is all about. I came, I saw and I said why not? Now I go to college and work," Devious Angel begins her story.

She is not ashamed of what she does, but rather she sees the job as a webcam model as any other one. "If you get involved, you can earn a lot of money. I work eight hours per day, I have a labor contract, I pay taxes, everything is in sight. Now I earn $12,000 a month. Obviously, at first I didn’t make this kind of money, but now I can say I gained experience," the live cam model told us. Why model? "The girls that work here are models and those with whom we interact are members (not clients),” she said. Devious Angel argues that she rarely comes to undress herself in front of the camera and was never forced to use sex toys, instead she is very careful when choosing their outfits. "I was lucky that the girls here have helped me, I’ve learned so much from them."

At first, I was requested more often by members to take my clothes off, but slowly I got to know them and interacted with them. Now, I’m more like their therapist," she explained. And the people who want to see her online are not only men that are looking for virtual sex. "I have male and female members and also couples. Many of them don’t have someone to talk to. They want a person that understands them and they want to speak about their problems. There are people with a lot of money, but who are alone. It happened many times to convince one member that initially asked me to take off my clothes to start confiding in me and we got to sit for hours and just talk." And her therapy started becoming very profitable... "I have counseled many men on how to improve their relationship with their wife or children, even if I risked. Because when they have solved the problem in their family, I have lost them as members. But I also have a lot of loyal members," the brunette also revealed that she recently improved her look with a pair of silicone breasts. Devious Angel is proud to be part of the top ten live cam models the world, being voted by this community’s members.

Recently, she returned from the United States, where the place she works for received the award for "Best live cam studio in the world". "For me, it’s a pride!," says the brunette. But how did she reach such a performance? "I gained my members’ trust with naturalness and joy. I am always in a good mood. When I come to work, I forget all my troubles. Incidentally, this profession has changed my lifestyle. I sleep eight hours a day, I don’t drink, I don’t smoke, I don’t spend my night in clubs and my social life has greatly reduced. I must be rested so I can focus at work and make performance." Although living in a society full of inhibitions, her family accepted her job: "I'm lucky that my mother and sister, who know what I do for a living, support me very much. They don’t judge me. And my boyfriend knows that I’m a webcam model, encourages me and I tell him everything that I talk to members, when he’s interested. I have come to know so well the psychology of man, that I could write a book. Maybe I am going to write one someday. Until then I will study at the Faculty of Psychology, because now I can say that, basically, I became a therapist for the live cam modelling websites’ members," explains Devious Angel.

The webcam model loves so much her job that she started to stay after hours in front of the camera: "I ask members how they’re doing. If they are okay. I show interest in what they want, why they want it; basically live camming is about the interest that you show to a man. I make them feel important, unique, I don’t judge them and understand them. This way I got to take keep a member in private chat for ten hours without interruption. And that means a lot of money." 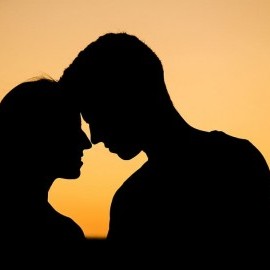 Online modeling & new relationships: how well do they go together? 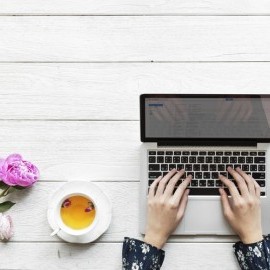